I guess you’ve probably already noticed (those that have been in my site before) but I’m now with a new domain, a fairly new design and enough ideas for future posts so I think it would be great for the “new” blog if I actually put something under this category. But let’s talk business already. As you know or don’t know, I have a gamer soul and that’s the reason the first top list is going to be related to gaming or if I’m being more specific – the best video game adaptations (or at least the best ones I’ve already watched because I can’t say I’ve seen everything).

We all know, though, that when it comes to such movies there just isn’t a best one but more like a “least-worst” choice. It’s enough to know that the name Uwe Boll has basically become a symbol for a ridiculous game adaptation. Well, lucky for us, there are still a couple of movies which are watchable and which I will point out (just a couple of them, though, because most of them completely suck and are not even worth mentioning but despite that at the end of the post I’m going to mention a few more that might grab your attention but mainly if you’re a die-hard fan of the game or you’ve just never played it before and don’t know what it’s about).

And, to make it more interesting for you, I hope, I’m going to list the movies in a reverse order so that we progressively reach the better (or in this case – the less bad) ones:

I’m not a huge fan of Paul W.C. Anderson’s previous projects (and I’ll probably never be) but it’s just that decent game adaptations are so rare to find that his what .. sextology ? can’t just go under the radar. After all, “Resident Evil” manages to catch the essence of the game and properly represent the dark atmosphere a.k.a the zombies and the horror parts …

… The problem is that this is true only for the first movie. The following ones are getting progressively dumber and the duo Anderson/Jovovich gets more and more boring every time and I’m actually quite happy that the sixth part is the last one (although they should’ve stopped at the third and now it also turns out that Anderson might not actually know the definition of the word “final”). That’s why the franchise deserves this place in the list and nothing more.

4. “Prince of Persia: The Sands of Time“

Despite all the criticism this movie has received, I still find “Prince of Persia” to be a pretty decent game adaptation even with the annoying differences from the source (who decided that the Prince should have a name and why did they also have to change the name of the main heroine?). The action sequences and the effects are satisfying and after all, the most important parts (the dagger and the sands of time) are here and even having in mind how big a boxoffice flop the movie was, I still hope that one day we’re going to see “Warrior Within” on the big screen as well (who knows, it might move the franchise one or two places further in the list if the adaptation is at least half as good as the game).

Oh, and put Gemma Arterton in the next movie too, please, thank you.

Truth be told, I’m not sure whether this movie deserves that place. I’m still nostalgic for the now seemingly long gone 2007 when the first Assassin’s Creed game came out and after I saw a live gameplay then I’d waited for two more years until I bought my new computer on which I could play it. By that time the second one had come out as well and that’s when I became a fan of the franchise for life. This is also why I’d been waiting for the movie for years because I was sure it would be released at some point.

My deepest regret is, though, that in the end the movie was nothing special at all and even Fassbender and Cotillar couldn’t save it. Don’t get me wrong, the movie is not bad and if you’re not familiar with the franchise, you will most likely enjoy it as it will give you a good idea about what the game is, which is the main idea. HOWEVER, it just doesn’t work as an adaptation of an awesome franchise. There are many plot holes, illogical things happening and too few historical sequences in which actually lies the beauty of the game. Well, at least the Animus was cool and, purely physical speaking, more accurate than the one in the game.

I’m not sure whether it’s because of that or because of my huge love for the series but even with its drawbacks and some poorly made choices, the movie still holds its current place in the list. 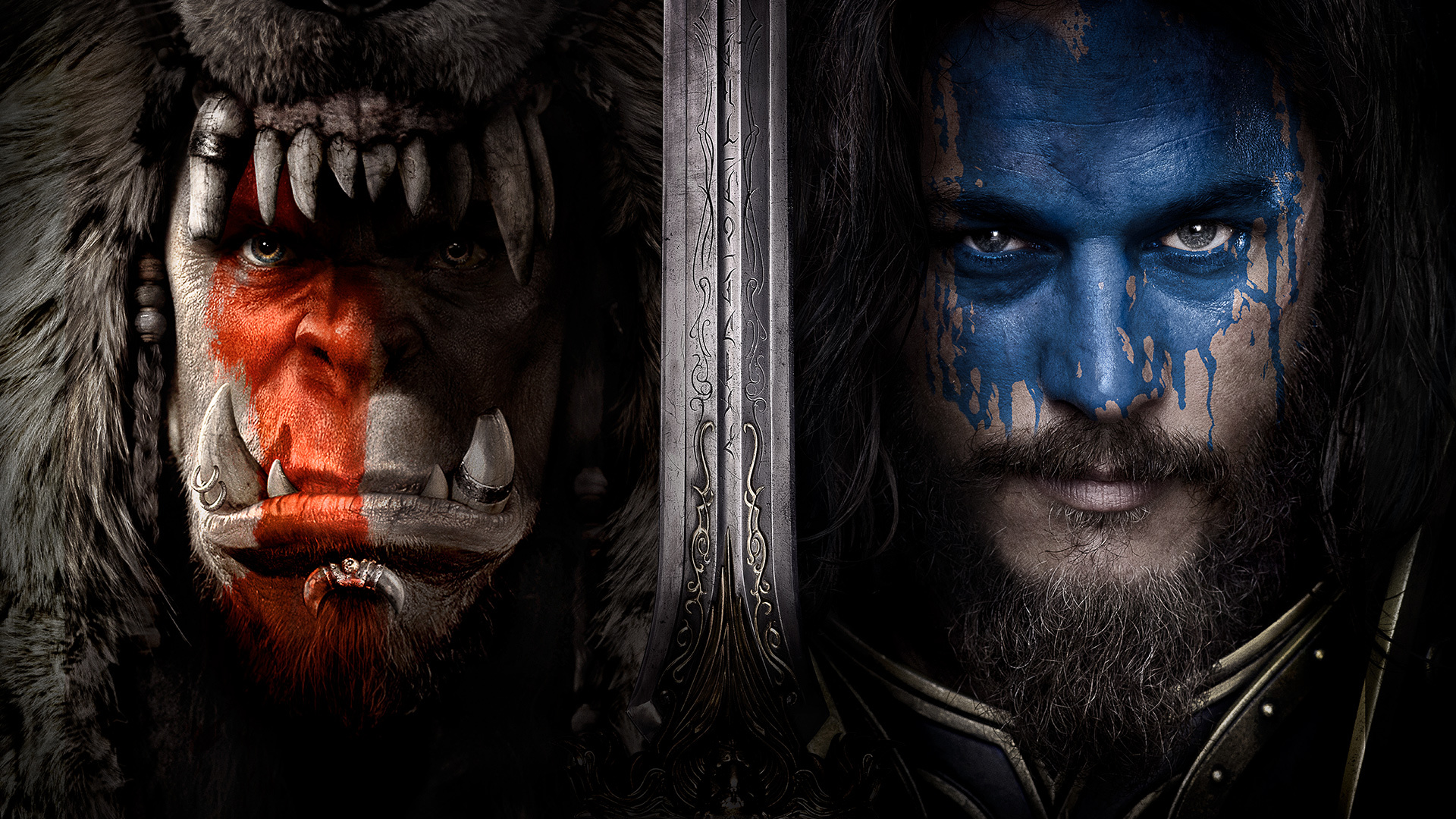 Although some of you may find this weird, I actually think that “Warcraft” lived up to the expectations and managed to mix the “Lord of the Rings” fantasy setting with the game universe’s lore. Lead by Ragnar Lothbrok himself, it succeded in pleasing the oldest fans of the franchise and at the same time in giving a good introduction to newcomers so that they are better prepared for the upcoming two sequels.

However, like “Assassin’s Creed”, the movie suffers from too many differences with the source and a bit too much creativity which in some cases leads to shenanigans but in the end is an attractive world, designed by Duncan Jones and his team, which is obviously targeting a much wider crowd that is not yet familiar with the vast universe.

Perhaps it has been developed for a little bit too many years and too much has already been said about it and in the end “Warcraft” could have been much better but it is still a very enjoyable movie and it’s good enough to be better than the average video game adaptation. Therefore, it deserves its second place.

Without any doubt. For this one I’m not even hesitating. “Wreck-It Ralph” is not only the best adaptation that I’ve ever watched but also one of my all time favourites when it comes to animations. I remember that after watching it I hadn’t felt that pleased with a movie for a long time. Even though the main characters are from old arcade games which are unfamiliar to today’s youth, the way in which they are modernised is pretty cool and easy to understand.

Rich Moore’s production should serve as an example of how a video game adaptation without any plot should be made by using a huge amount of references to other games, movies, etc. (we’re going to discuss something similar soon when we’re talking about “Ready Player One”). I’m not going to say much more but I’ll tell you this – seeing the other contestants, Ralph is the absolute king in the genre and we can only hope that “Ralph Breaks The Internet” will be just as fresh and good (hopefully even better) as its predecessor.

P.S. As I mentioned, here are some honorable mentions and why they didn’t make it to the list:

– „Hitman“ (the one from 2007) – it’s an okay movie and Timothy Olyphant is cool (by the way, if you like the actor then definitely check “Justified” out, it’s way better) but it’s surely not a good Hitman move; I don’t even want to talk about the second one with Rupert Friend that came out recently.

– „Lara Croft: Tomb Raider“ (both movies) – not a bad movie, it manages to catch the game’s spirit and it’s also one of Jolie’s most reknown roles, but personally I think the movies mentioned above are better in regards of similarities with the source which, after all, is the main purpose.

– „Silent Hill“ (both movies) – I’m not a horror fan in general and in this particular case I’d prefer “Resident Evil”. Furthermore, “Revelations” is just dumb and meaningless.

P.S. 2. The list doesn’t include the newest “Tomb Raider” because I’m going to write a separate post for it where I’m going  to review its positives and negatives and (spoiler alert) why it made it to the top places of the list. So stay tuned! 🙂